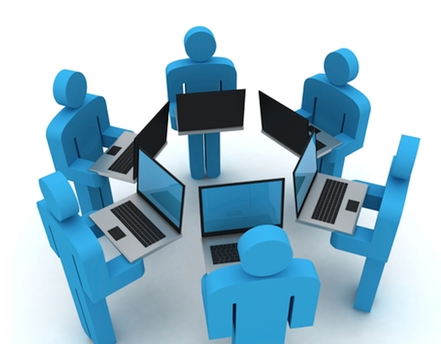 Virtual teams are around for ~20 years now. Still, they are far from universally mastered. Here is a first clue about what it takes to make them work.

END_OF_DOCUMENT_TOKEN_TO_BE_REPLACED

Office politics is always a hot topic – even though it is actually pretty hard to define. What if what seems to be “politics” actually is just a huge misunderstanding? – Let’s investigate how this can happen and what to do about it.

END_OF_DOCUMENT_TOKEN_TO_BE_REPLACED

Have you ever experienced that a task has been agreed, and half-way through somebody comes back beaming with the statement “it’s done!”?

Every once in a while, this happens, and it happens more often in distributed teams than in localized ones. The point is: there was no real agreement about when the task is done. I’ve started a new experiment in my teams, I’m starting to add to every task a little “HDWKTWD” section.

What’s “HDWKTWD”? – It’s short for “How Do We Know That We’re Done”. A good task assignment already does that implicitly (compare “discuss the schedule for XYZ” to “agree on a schedule and inform everybody in an email.”), but sometimes it helps to be even more explicit 🙂

User stories deal with the user observable behavior of a system. Who says that this characterization of user stories should apply purely to programming? The trick is: If I’d make a movie – would an outsider be able to judge whether the goal has been reached or not?

In the example: “discuss the schedule”, everybody would be able to see that a discussion has happened – but that’s not the desired outcome. The desired outcome is an agreement. However, the agreement is not visible to an outsider until it’s documented in an email. Hence the re-worded HDWKTWD…

My first impression is that “user observable behavior” ‘s doing good for project management, too.